Born to Latmikaik, goddess of the ocean, Chuab was one of three children. While her brother Ucherrerak went to live in heaven, Chuab was blown to Ngebeanged and went to the house of Ngetelkou with their sister Tellebuu.

Chuab grew very tall…and kept growing. She grew so tall that the people could not reach her mouth. They built ladders and climbed to feed her until even the ladders could not reach her height. As Chuab reached the clouds, no one could care for her. The people decided to buy soil from Uchelianged, the god of heaven, and pile it up to reach Chuab. When this failed, they gathered firewood and decided to end this by burning her. As the people went about collecting firewood, Chuab asked what they were doing. The people replied that the firewood was for cooking more food. They arranged the firewood around her feet and lit it. As the fire burned Chuab, she fell and her body parts formed into Belau.

The name Belau comes from the aibebelau (or indirect replies) to Chuab about the activity to burn her down. It was also believed that Chuab died of a sacrifice — since she was a demi-god, she knew that the people’s intentions, yet sacrificed her body for the people.

Palau consists of six groups of more than 300 islands. About 30% of its population lives on the island of Babeldaob, which is the second largest island in Micronesia (Guam is the largest). Its terrain varies from the high, mountainous main island of Babelthuap to low, coral islands usually fringed by large barrier reefs.[1]

Rainfall in Palau varies from 120-160 inches per year. Temperatures vary not more than 10 °F (5.5 °C) from a mean in the low 80s°F. May through November is rainy season and dry season is from December to April. Typhoons can occur between July and December, sometimes causing heavy damage, flooding and erosion. However, typhoons are uncommon, as Palau lies outside the main typhoon path. Occasional storms with high winds do occur during typhoon season.[2]

For additional information about weather and climate in Palau 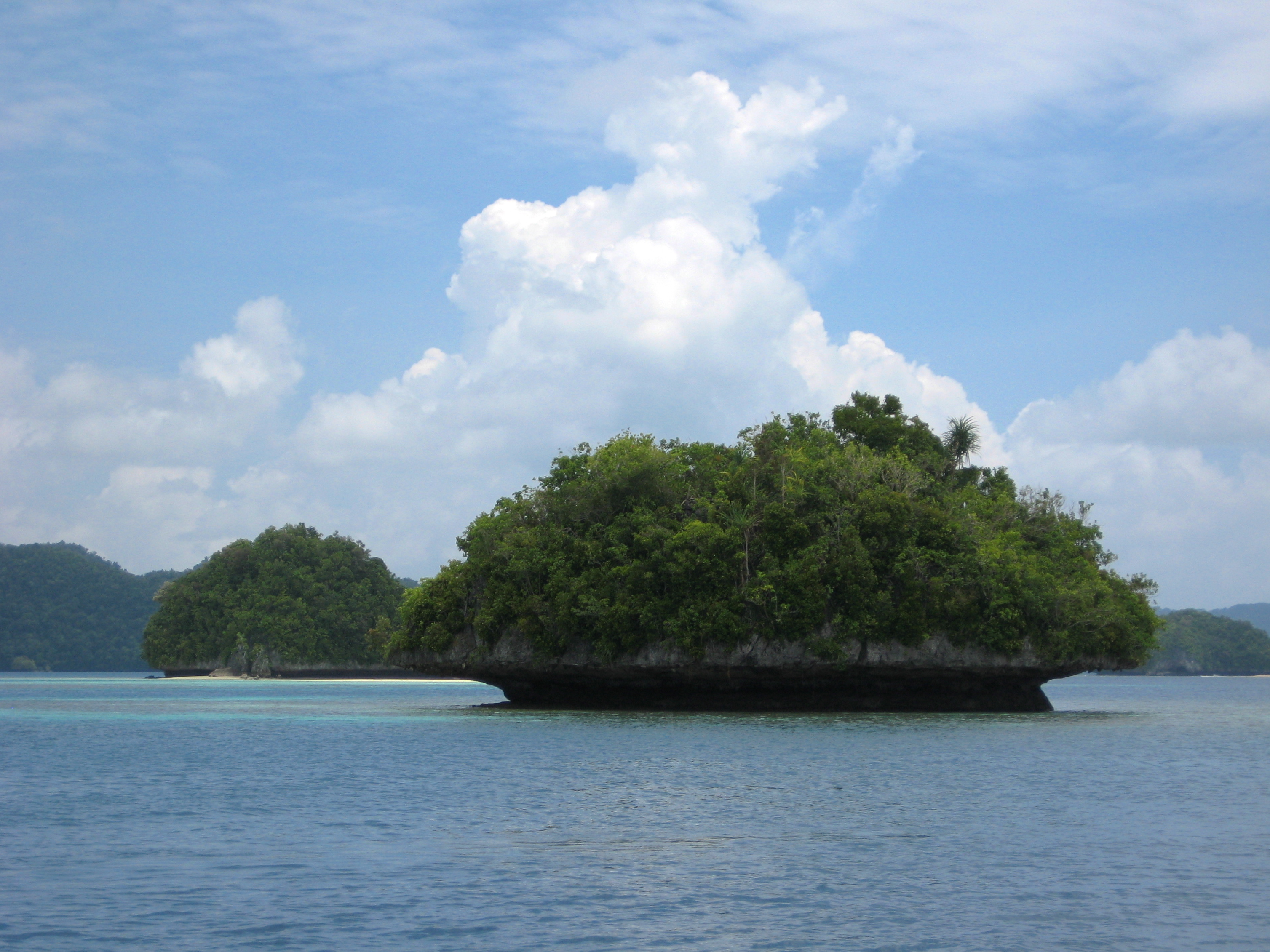