In the beginning, before the creation of the earth and the sky, there lived an all-powerful being named Puntan. As time went by, Puntan felt himself about to die. So, he called upon his sister, Fu‘una. Like himself, Fu‘una had been born without the help of a father or mother. Puntan gave her instructions as to the disposal of his body, and gave her all his powers. He said that upon his death, his yes should become the sun and the moon; his breast, the sky; his back, the earth; his eyebrows, the rainbow; and the rest of his body parts, the lesser things of the world and the nether regions.

In due time, Puntan died and Fu‘una carried out her brother’s wishes, as so the world was created. When Fu‘una thought about the beautiful earth that had been brought into being by her brother’s command, she decided that it should be peopled with men and women created in the likeness of her brother and herself. In order to better accomplish her purpose, she established herself as a rock in the southern part of Guahan. After she had done this, she decreed that a certain kind of earth on this rock should first become a stone that would in time give birth to all people.

So she gathered a great quantity of this earth, mixed it with the waters of the sea, and caused it to solidify into a great stone. Then she commanded that this stone divide itself into many stones, a great number of which she gave life to. Thus, they become the first humans from which the races of men were disseminated throughout the world.

About the Northern Mariana Islands

The Northern Mariana Islands (Sankattan Siha Na Islas Mariånas), along with Guam, make up the Mariana Islands archipelago. The southern islands — including Saipan, Tinian, and Rota — are limestone, with level terraces and fringing coral reefs. The northern islands are volcanic, with active volcanoes on Anatahan, Pagan and Agrihan. The Northern Mariana Islands are officially a U.S. commonwealth. Dry season is from December to June and rainy/tyhpoon seas is from July to November. There is very little variation in temperature, as air temperature is moderated by the northeast trade winds.[1]

All of its population lives on three islands — Saipan, Tinian, and Rota — with majority on Saipan.[1] The first people to arrive came from Southeast Asia between 4000-2000 BC and became known as Chamorro. The Carolinian (Refaluwasch) people arrived in the 1800s from the Caroline Islands.[2] 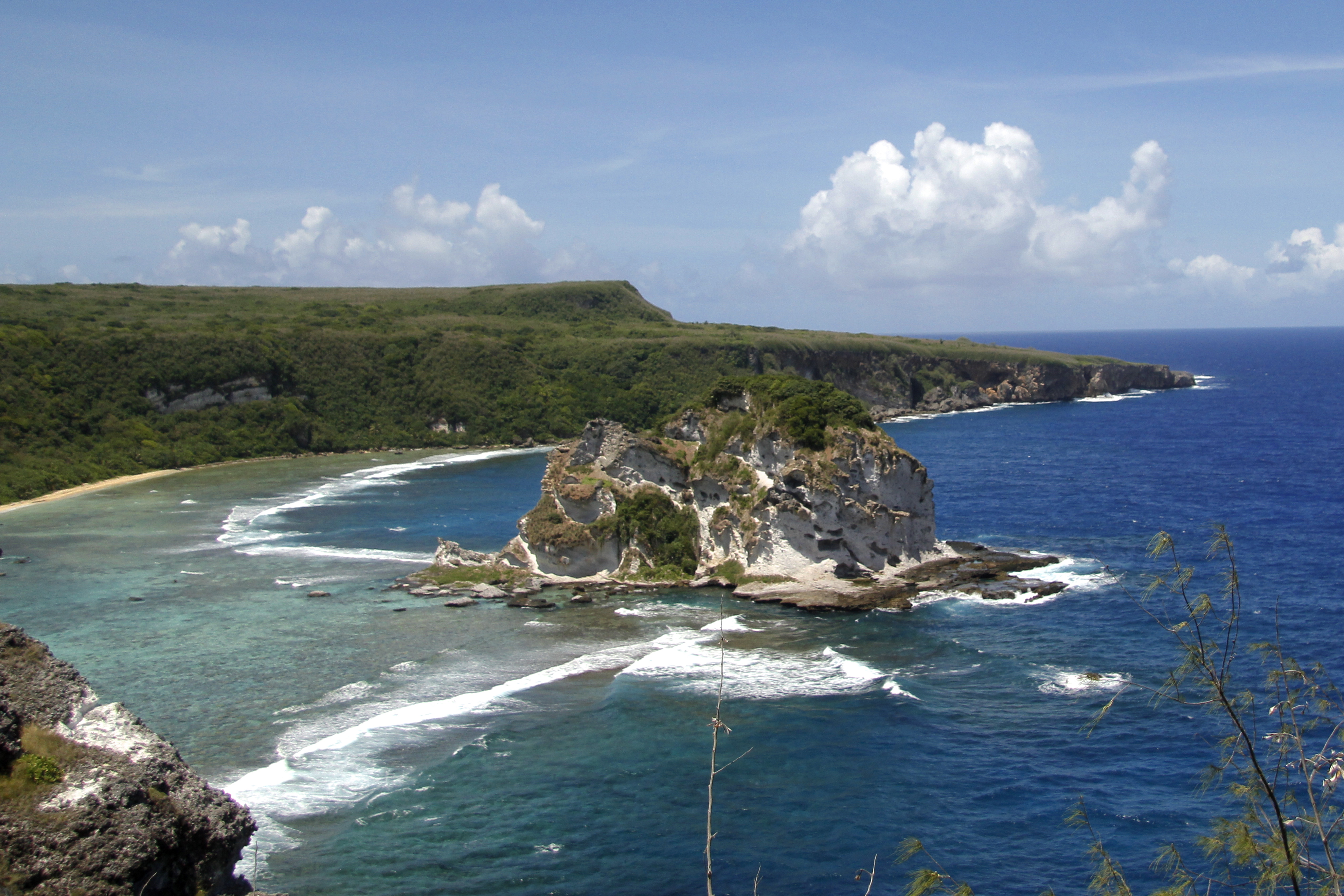