Bikini Island: Creation Story & Origins
Adapted from Creation Myths of the World by David A. Leeming

In ancient times, when there was only water, Lowa (the uncreated) was alone. When he hummed, the islands emerged along with the reefs and sand banks. He hummed again and the plants and animals grew. Lowa made four gods for the four directions and a seagull god to constantly circle the sky. Lowa also created a man, who put the islands into a basket made from coconut leaves and set them in an order — the Carolines to the west and the Marshall Islands in a straight line, except for Namorik, which fell out of the basket.

After Lowa placed all the islands, he threw away the basket. It became Kili Island. Only one of the islands had coconut trees at the time, the little sandy island of Bikini (from bok, meaning sand, and ni, meaning coconut).

About the Marshall Islands

The Republic of the Marshall Islands (RMI) consists of five single islands and 29 atolls, including the atolls of Bikini, Enewetak, Kwajalein, Majuro, Rongelap, and Utirik. These landmasses total 181 sq km of land spanning 11,673 sq km of lagoon waters. The terrain is characterized by low coral limestone and sand islands, and the highest point occurs on Likiep atoll (10 m).[1]

Climate in RMI is generally hot and humid, moderated by trade winds throughout the year. Average temperature is about 80oF, and the range between the coolest and the warmest months averages less than 1oF. There are two seasons: wet season is between May and November, and dry season occurs between December and April. Rainfall varies throughout RMI. Southern atolls can average up to 160 inches/year, while northern atolls average only about 20 inches/year. RMI borders the typhoon belt. Typhoons are rare; although, in the last 3 years there have been three major cyclones.[2]

For additional information about weather and climate in the Marshall Islands 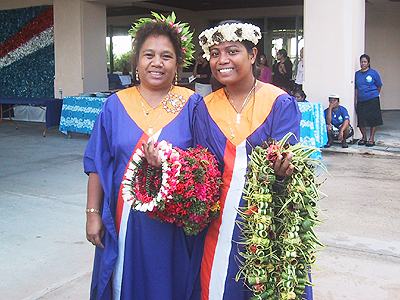 Welcome to the Marshall Islands by Bytemarks