This woman had 3 children, two boys and one girl. The lady told her children that when she died, the older son was to stay in Lelu. The word Lelu means “lake.” The second son was to stay in Tafunsak. The word Tafunsak means half wood and half human. Her daughter had to stay in Malem, and when she had a child it was to go and stay in Utwe. The meaning of Malem is “first woman,” and Utwe is “where things come from,” or “next producing seeds.”

Kosrae (pronounced kosh-rye) is one of four states of the Federated States of Micronesia. The state includes the main island of Kosrae and several nearby inhabited and uninhabited islets. The most significant nearshore island in Lelu Island, which is nearly 2 sq km in area and has a population of about 1,500 people. Kosrae is divided into four municipalities — Lelu, Tafunsak (including Walung), Malem, and Utwe [1].

Average temperature in Kosrae is 74-88oF. There is no official rainy season in Kosrae, though rainfall increases slightly in November through March [2].

For additional information about weather and climate in Kosrae and FSM 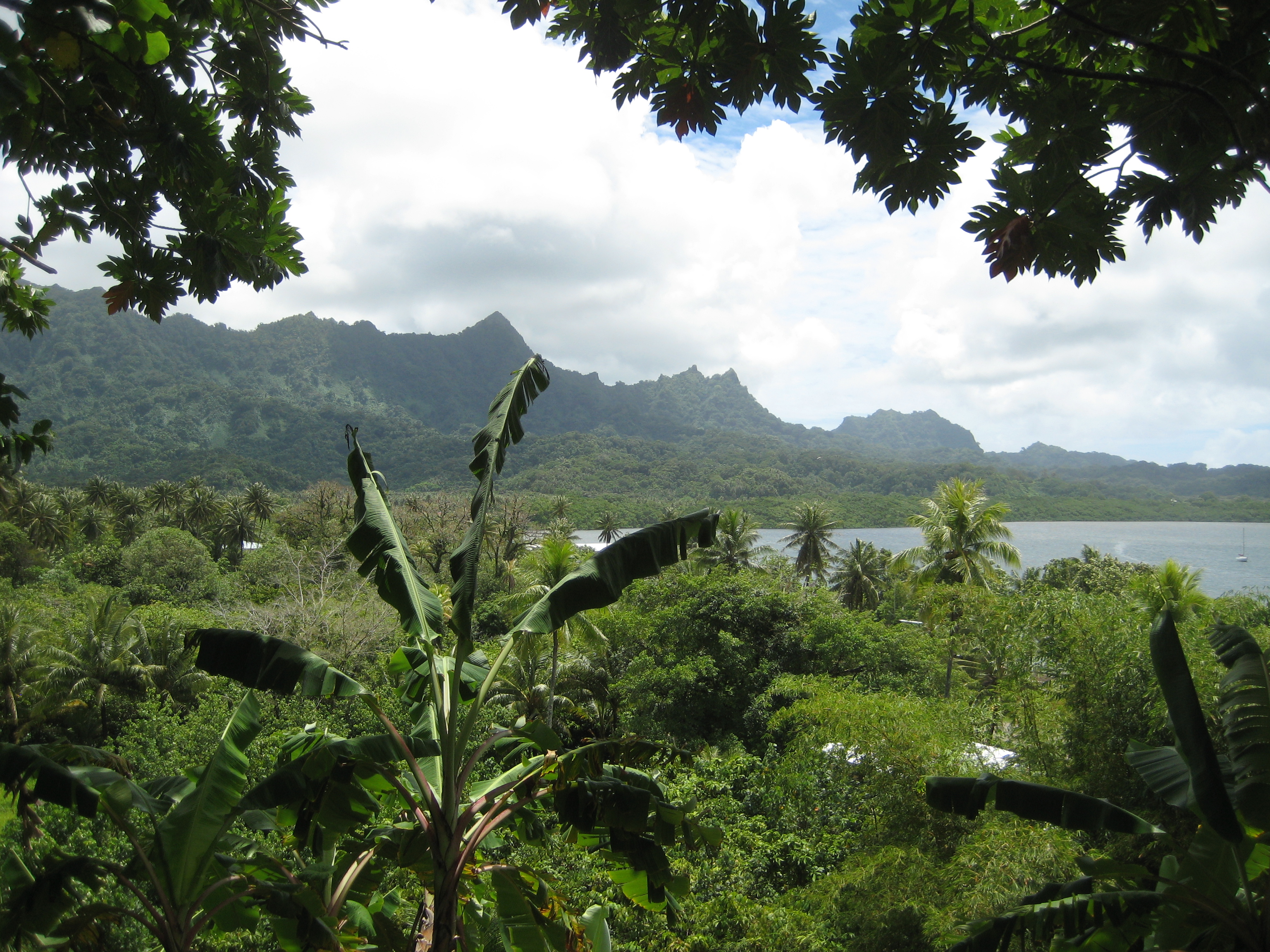 The Sleeping Lady of Kosrae (courtesy of cbarros)
Key Resources