Kumulipo: The Creation Chant
*Translation by Lili‘uokalani of Hawai‘i (1897)

‘O ke au i kahuli wela ka honua
At the time that turned the heat of the earth,
‘O ke au i kahuli lole ka lani
At the time when the heavens turned and changed,
‘O ke au i kuka’iaka ka lā
At the time when the light of the sun was subdued
E ho‘omālamalama i ka malama
To cause light to break forth,
‘O ke au o Makali’i ka pō
At the time of the night of winter
‘O ka walewale ho‘okumu honua ia
Then began the slime which established the earth,
‘O ke kumu o ka lipo, i lipo ai
The source of deepest darkness.
‘O ke kumu o ka pō, i pō ai
From the source in the night was night formed
‘O ka lipolipo, o ka lipolipo
Of the depth of darkness, of the depth of darkness,
‘O ka lipo o ka lā, o ka lipo o ka pō
Of the darkness of the sun, in the depth of night,
Pō wale ho’i
It is night,
Hānau ka pō
So was night born.

Hawaiʻi is the northernmost island group in Polynesia and is the 50th state of the United States. The Hawaiian Archipelago encompasses 1,500 miles. Its population lives on 8 main islands — Hawaiʻi, Maui, Kahoʻolawe, Lānaʻi, Molokaʻi, Oʻahu, and Hawaiʻi Island. The Northwestern Hawaiian Islands are a series of smaller islands and atolls and, along with its surrounding waters, are protected under the Papahānaumokuākea Marine National Monument.

For most of Hawaiʻi, dry season is May to October and rainy season is October to April. Temperature varies from the upper 80s on summer days to mid 60s in winter evenings at lower elevations. Snow falls at 13,796 feet (4,205 meters) on Mauna Kea and Mauna Loa on Hawaiʻi Island. Local climates vary by island and between windward and leeward sides of islands. [1]

For additional information about weather and climate in Hawaiʻi 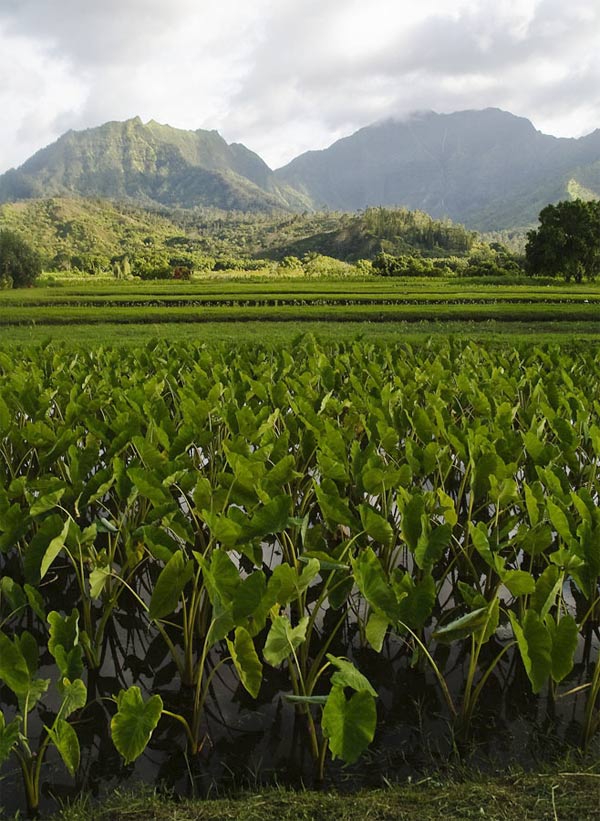