Puntan and Fu‘una are only two of the gods in the ancient Chamorro religion. Historical sources have all referred to the Chamorros as pagans and have denied the existence of a religion in the Mariana Islands. Thus, Chamorro gods such as Puntan and Fu‘una have been referred to historically as “myths,” “legends,” or “superstitions.”

The Puntan and Fu‘una account also tells us that in the Chamorro culture, men and women were both respected as powerful and contributing members of society. The Chamorro people had a matrilineal system in which gender roles were balanced equitably so that men and women shared power and responsibility.

In addition to the Puntan and Fu‘una account, this gender balance can also be found in the political system. In Chamorro politics, the two most powerful titles in society were held by a male and a female, the maga‘låhi (leading son) and the maga‘håga (leading daughter).

Guam (Guåhån) is a largest and southernmost island in the Mariana Islands archipelago. It is a volcanic island, characterized by a relatively flat coralline limestone plateau with steep coastal cliffs and narrow coastal plains in north, low hills in center, mountains in south.[1]

Guam’s climate is characterized as tropical marine—generally warm and humid, moderated by northeast trade winds. There are two seasons: dry season (fanumnangan) is January to June and wet season (fanuchanan) is July to December. Annual rainfall is usually 80 to 110 inches, averaging 4.35 inches/month during the dry season and 10.77 inches/month during the wet season. Aside from changes in rainfall, Guam experiences frequent storms during wet season and relatively rare typhoons during dry season.[1][2]

The mean annual temperature is 81 degrees, and it generally ranges is from the low 70s to the middle 80s. The coolest months in Guam are December through February, marked by prevailing westerly tradewinds, and the warmest months are March through August.[2]

For additional information about weather and climate in Guam 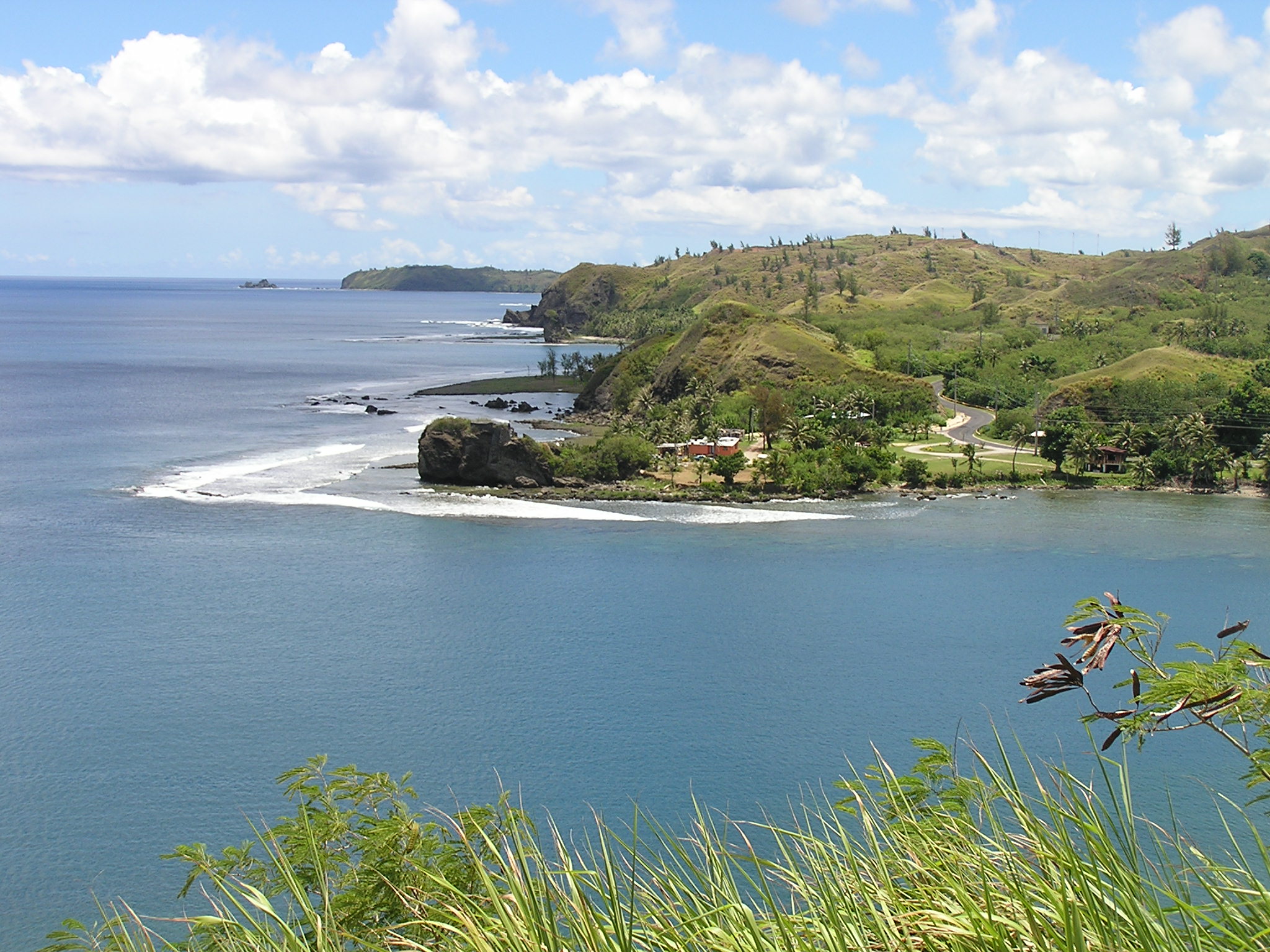