Sāmoa: Creation Story
Excerpted from the first recorded version of this story in the “Samoan Village, Then and Now” by Lyell and Ellen Holmes

In the beginning, there were only the heavens and the waters covering the earth. The god Tagaloa looked down from his place in the sky and considered creating a place on the earth where he could stand. So he made a resting place by creating the rock called Manu’atele [Greater Manu’a]. Tagaloa was pleased with his work and said, “It would be – well to have still another resting place.” He divided the rock Manu’atele so he would have other places in the sea that would serve as stepping stones. From these pieces of rock, he created Savai’i, Upolu, Tonga, Fiji, and the other islands that lie scattered about the wide ocean. When Tagaloa had finished fashioning all of these islands, he returned to Sāmoa. He measured the distance between the islands of Savai’i and Manu’a and found it to be too great. So he placed a rock halfway between and designated it as a place of repose for the chiefs. He called this last island Tutuila.

American Sāmoa is part of the Sāmoa Islands chain and is the southernmost entity in the United States. It consists of five volcanic islands — Tutuila, Manuʻa, Ofu, Olosega, Tau, and Aunuʻu — and two coral atolls (Rose and Swains). Most of American Sāmoa’s population resides in Tutuila; Manuʻa is the second-most inhabited island in the territory. [1] Rose Atoll, the easternmost part of American Sāmoa, is uninhabited and managed as the Rose Atoll Marine National Monument. Another managed area, the Fagatele Bay National Marine Sanctuary, is located on Tutuila.

Rainy season in American Sāmoa is November to April and typhoons are common from December to March. Year round, the islands of American Sāmoa are warm, humid and rainy. Temperatures stay around the lower to mid 80s, moderated by the temperature and currents of the surrounding ocean. [2]

The island of Tutuila is set within a region that is influenced by the South Pacific Convergence Zone (SPCZ), meaning rainfall is higher and more variable than on other islands of Sāmoa and American Sāmoa.[3]

For additional information about weather and climate in American Sāmoa 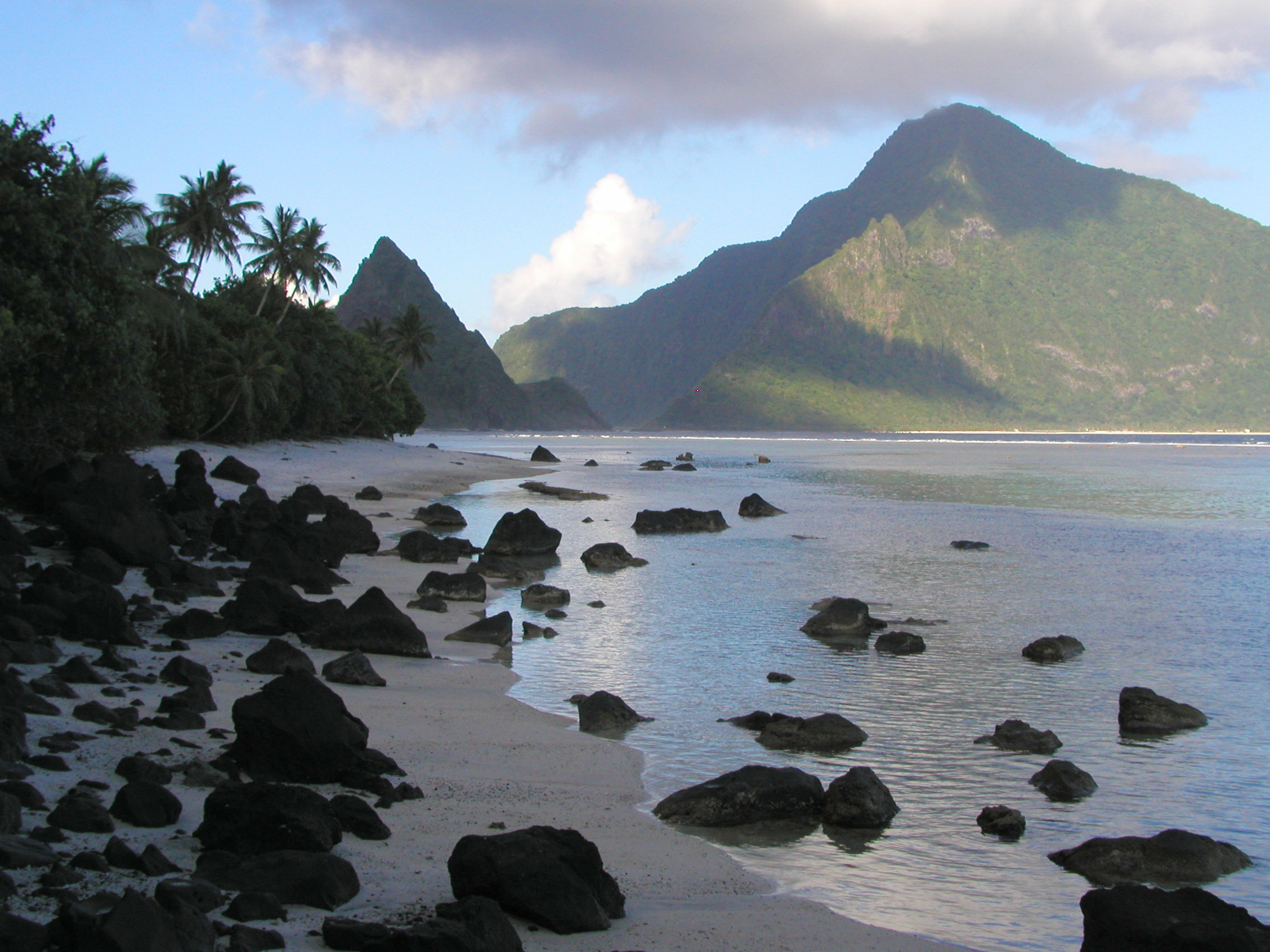